… is not the following image, but mainly new menu graphics (again). It’s just subtle differences this time, but I’ve also had to make new graphics and screens for the new modes in the full version. I’ve been getting the versus cpu mode to be a challenge without just winning every time, which is harder than it sounds, but it’s coming along nicely.

I’ve also got the basics of the custom mode going, which I’m using to test levels for the challenge mode.

And to keep this post interesting, here is another new image. There will be either giraffe, elephant or rhino characters, but I’m not sure which yet. 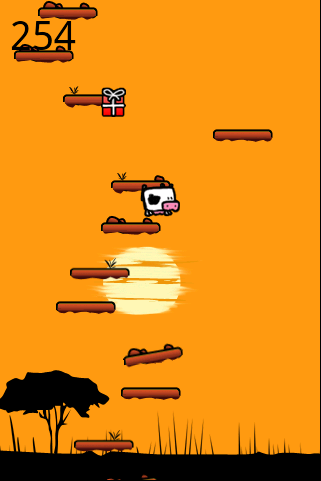 Developer of Abduction! and the Gem Miner series.

2 thoughts on “What I’ve been doing today”